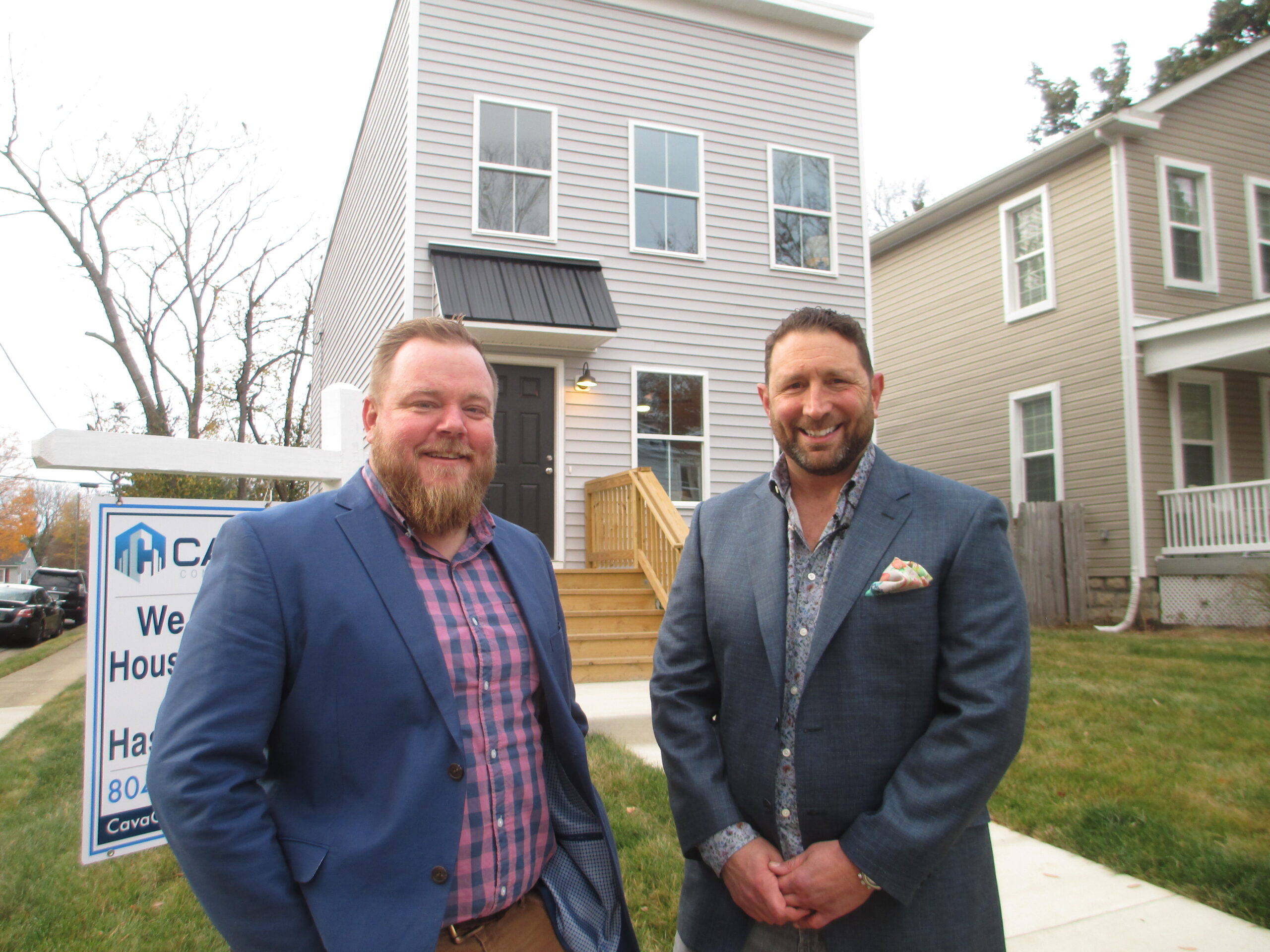 After a decade of flipping houses and amassing a sizeable portfolio of home lots across Richmond, Frank Cava is setting a goal of building more long-term rental homes in an effort to add to the city’s lower-income housing options.

The founder of real estate investment firm Cava Cos. recently launched a campaign to build over 100 new single-family homes to be rented long-term to lower-income households, including those eligible for Section 8 housing vouchers.

Called “100 Affordable,” the initiative aims to add, over the course of about 18 months, as many as 130 of the so-called build-to-rent homes, meaning units built specifically as long-term rentals.

Cava kicked off the campaign late last year with an open house of one of the first homes built to meet the goal: a 1,300-square-foot, two-story house on Delaware Avenue in North Highland Park.

City officials and housing advocates and nonprofits were invited to tour the three-bedroom, 1½-bathroom house, which Cava said is representative of the types of homes to be built. He said his highest concentrations of home lots include neighborhoods in Northside, Southside and the Church Hill area.

“I’ve been sitting on these lots quite some time, but now I can build them and rent them affordably,” Cava said, attributing the circumstances to a combination of low mortgage interest rates and increased prices for Section 8 vouchers that have raised rents.

“A couple things happened that were fortuitous,” he said. “Section 8 raised the price of a voucher by up to $250 per house, and then the cost of capital after the pandemic dropped. Where I used to pay 4.5 percent interest, you can get in the mid- to high 3 percent. That makes a significant difference in your mortgage payment and your net.” 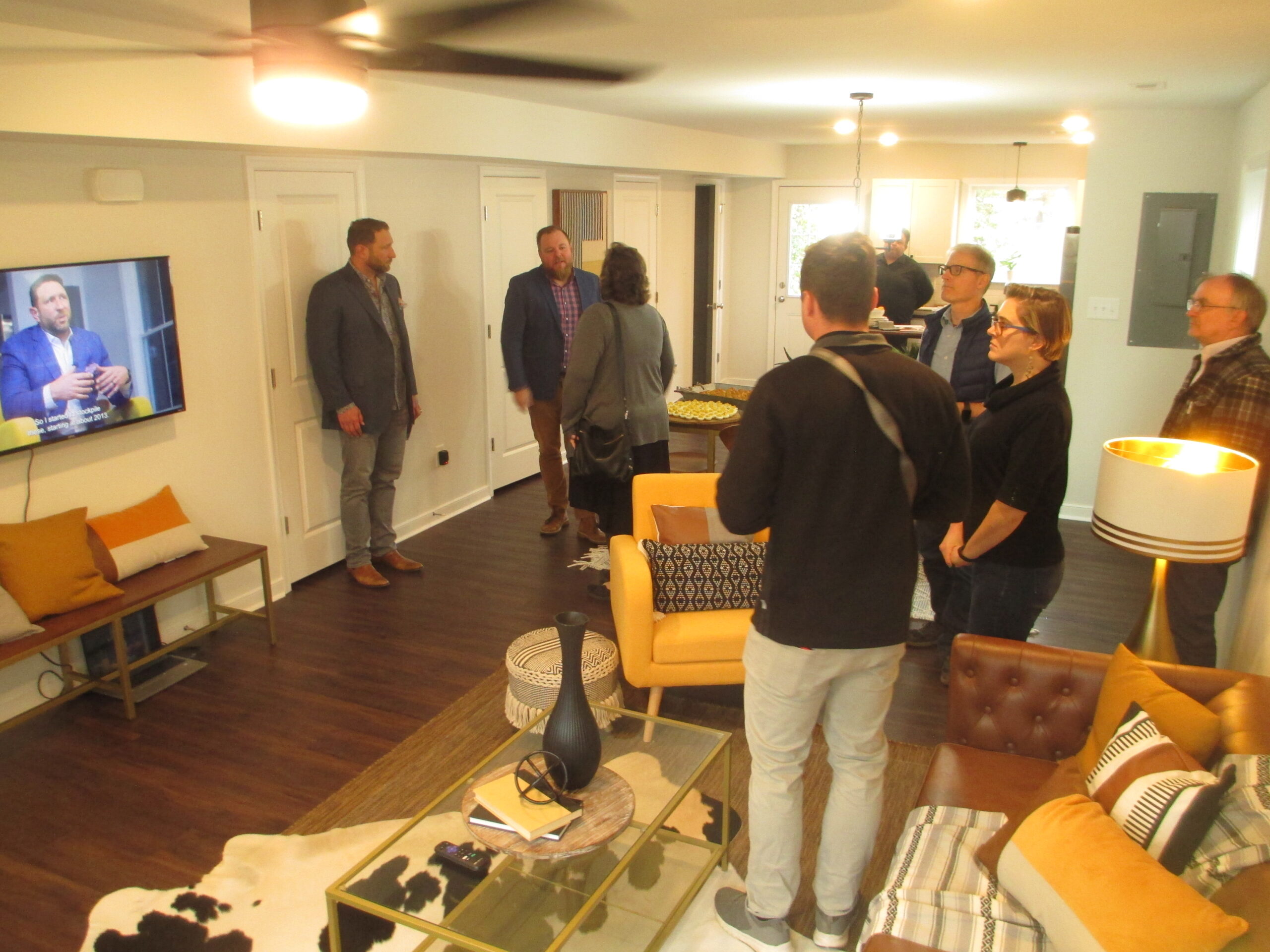 Cava and staff members greet guests at the Delaware Avenue open house. The two-level, 1,300-square-foot home is representative of the types of homes he plans to build as low-income rentals.

Combine that with having bought the bulk of the properties years ago at what Cava described as inexpensive prices, and he said the time is right to go forward with the initiative, which he said would amount to over $35 million in property value added to the city.

With the Delaware Avenue home, Cava purchased the 0.11-acre corner lot on in 2017 for $5,000 and built the house last year at a cost of about $150,000. Cava Cos. is now managing the house, which he said is being rented to a military veteran.

“We have gotten to a point now where we have enough of these units that we can get economies of scale,” Cava said.

Of the lots the company owns that are earmarked for the initiative, Cava said about 75 are buildable by-right, meaning without rezoning or special-use permit approvals. He said about 40 of the homes are currently under construction or in the process of being permitted. Absent supply chain issues or permit delays, he said the company can turn those lots around with new houses built in about 75 days.

He said Cava Cos. will own and manage the bulk of the new homes, while some could be sold to outside investors, as was the case with the Delaware Avenue house. It was sold Dec. 30 for $250,000 but is being managed by the company, Cava said.

“I think the city needs it, and I think the timing is right,” he said of the initiative. “I’ve spoken with many people who are in the affordable space, and the best thing you can do for people’s health and well-being is to get them out of concentrated pockets of poverty.

“If the pandemic taught us anything, getting people into single-family homes was a huge value during that stretch of time. That’s why the housing market has gone crazy on pricing, because people want their own space,” he said. “We just think there’s a very viable market now and we have enough inventory to make a dent.”

Laura Lafayette, CEO of the Richmond Association of Realtors and Central Virginia Regional Multiple Listing Service, was among those who toured the Delaware Avenue house. She called Cava’s 100 Affordable initiative “commendable.” 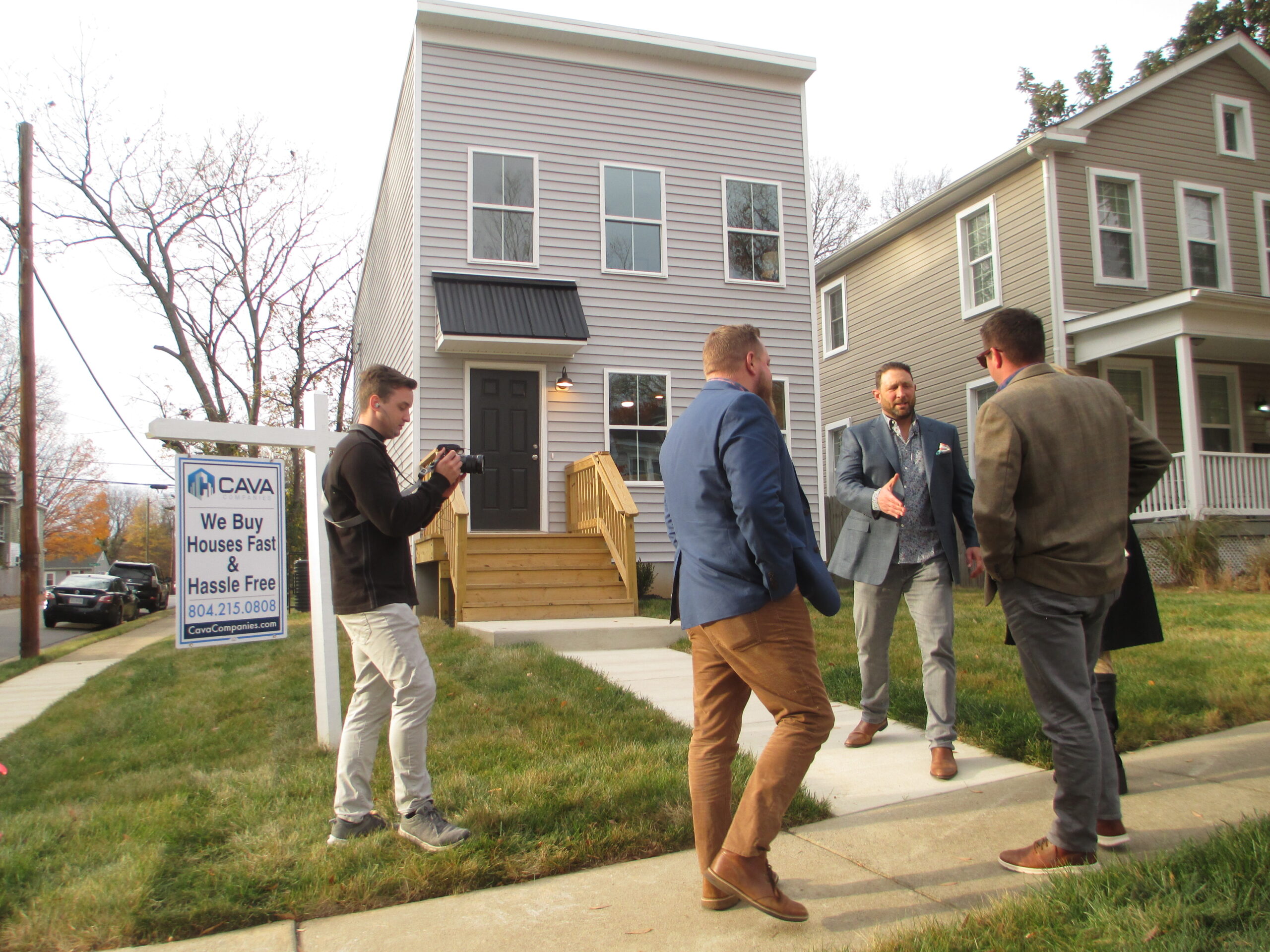 City officials and housing advocates and nonprofits were invited to tour the house to help raise support for the initiative.

“If Frank reaches his goals, he’s going to end up putting 100 of those units up in the next year or two years. That’s quite an injection into our affordable rental, single-family inventory,” said Lafayette, who also chairs the Maggie Walker Community Land Trust nonprofit.

“I think it’s quite laudable. Plus, Frank is specifically interested in accepting folks that are coming out of public housing who have vouchers. That’s huge,” she said. “Often folks with vouchers have a challenge locating housing, and once the voucher’s activated, they have a limited amount of time to find that housing.”

Adding that voucher recipients often have less to work with financially, Lafayette said, “To be able to find housing for these folks, particularly single-family detached new homes, is really just remarkable.”

The 130-plus home sites targeted for the initiative are in addition to more than 200 units that Cava said his company currently rents out in the city. It also converts rental properties to for-sale homes, as it did with a 75-home portfolio it picked up in 2020 for $5.5 million.

The company has also recently ventured into commercial real estate, picking up an acre of land and two buildings along Westwood Avenue in a deal last year totaling $1.8 million.

Also last year, in response to a 2020 New York Times article that highlighted the lack of trees and higher heat in Richmond’s lower-income neighborhoods, Cava undertook another effort that it called its Canopy RVA Initiative, in which the company planted a single tree at each of its more than 150 single-family properties. Cava put the investment at over $30,000.

“The goal is, five or 10 years from now, this will make a big difference, and then we really start to change the neighborhoods where we own a bunch of houses,” he said. “We have a big enough footprint, I think we can make a difference in our own little way.”