CoreLogic released its Home Price Index for January today, showing year-over-year price appreciation of 19.1% nationally.  That’s the highest rate of appreciation since this data series began in 1976.  The caveat, of course, is that CoreLogic’s own forecasts call for a deceleration in price gains throughout the year.  Nonetheless, the annual pace should remain above 10% for the first seven months of 2022.

The lowest price tier has enjoyed the fastest appreciation since the middle of 2013.  This trend accelerated into the middle of 2021, but higher priced homes have been catching up since then. 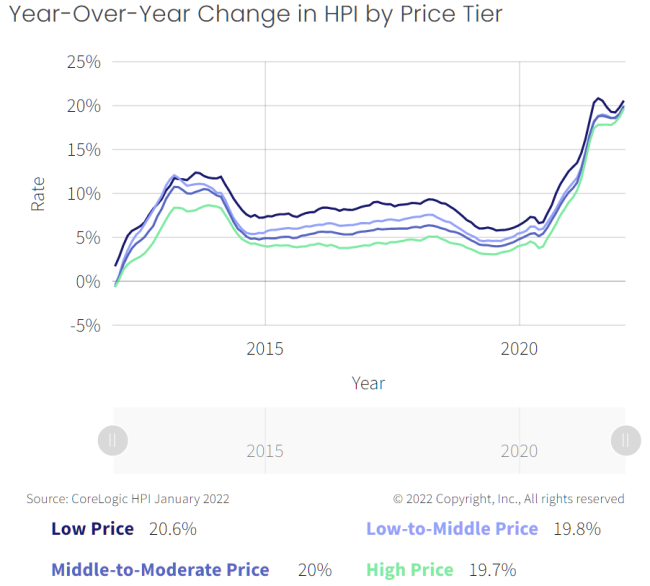 As always, appreciation varied significantly depending on the state.  Arizona, Florida, Utah, Nevada, and Tennessee rounded out the top 5 while Illinois, New York, North Dakota, Alaska, and Washington D.C. saw the slowest growth. 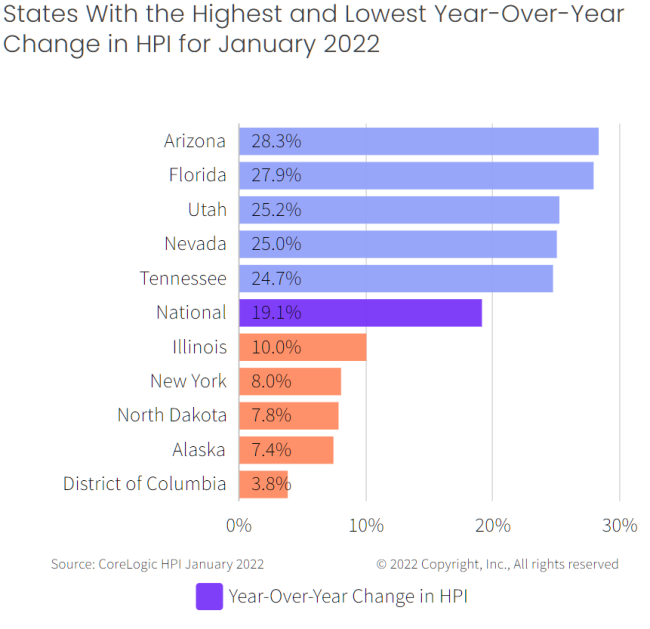 “In December and January, for-sale inventory continued to be the lowest we have seen in a generation,” said Dr. Frank Nothaft, chief economist at CoreLogic. “Buyers have continued to bid prices up for the limited supply on the market. However, the rise in mortgage rates since January further eroded buyer affordability and is expected to slow price gains in coming months.”

This commentary is notable in light of the past 2 days of developments in the mortgage market where rates have fallen at the fastest 48-hour pace since the start of the pandemic.  Before March 2020, you’d have to go back to late 2011 to see the average 30yr fixed rate drop any faster.  Given that the drop in rates is driven by the Ukraine invasion, there’s no telling how long the momentum will last.

Other highlights from today’s report: