New Home Sales Ebb. Is There Really 6 Months Worth of Inventory?

In today’s release from the Census Bureau, New Home Sales fell 4.5% in January to an annual pace of 801k units.  Economists were already expecting a decline, albeit to a slightly higher level of 806k from December’s 839k (revised up from 811k reported last month).

All of the above numbers are exceedingly acceptable at face value.  They leave new home sales at very strong levels relative to the past 15 years.  Only last month and the initial post-pandemic surge saw anything better.

Digging a bit deeper, we find the Census Bureaus inventory statistic–“months of supply”–at a puzzlingly high 6.1, up from 5.6 months in the previous report.  Almost anyone in the housing/mortgage market (and especially those who’ve been house hunting) would have the same incredulous reaction: something to the effect of “there’s no way there’s a 6+ month supply of new homes on the market!” 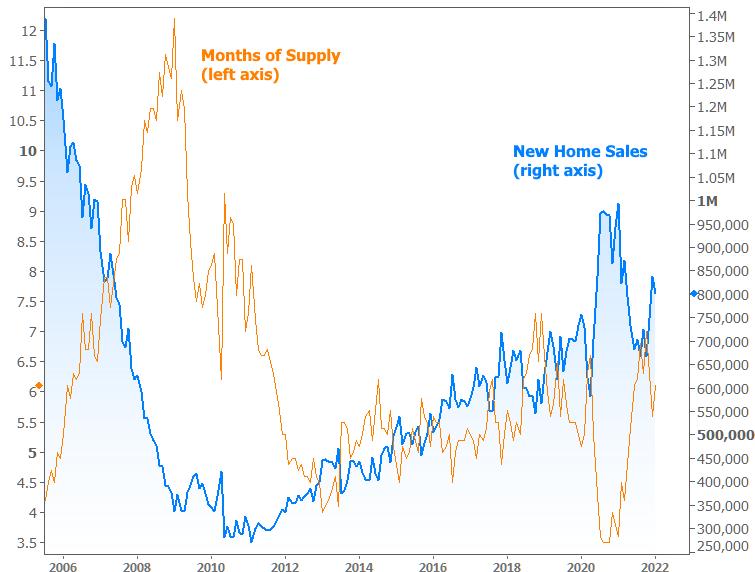 As you might expect, there aren’t actually 6.1 months of new homes on the market–at least not that could be easily sold right now.  Those homes are technically in the pipeline, but for a record number of them, construction has yet to begin. 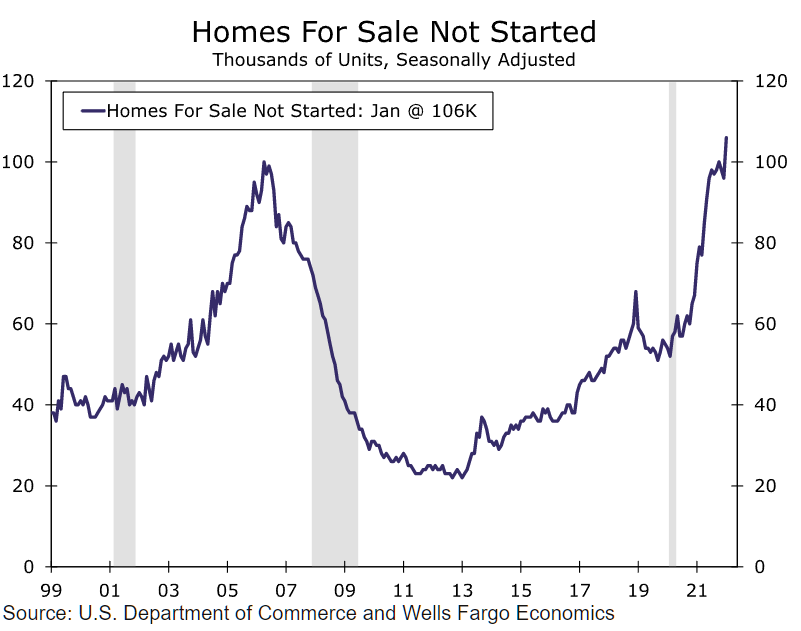