The monthly New Home Sales data from the Census Bureau is usually just “there”–one of several monthly housing-related reports that makes no promises about being interesting or saying anything very different from the other housing reports.

Today’s release of sales in August was different.  It showed a staggering 28.8% increase from the previous month, bringing the total annual pace to 685k from 532k previously.  Economists actually expected sales to fall to a pace of 500k.

This large of a departure demands an explanation. But before that, let’s get on the same page about exactly how large it was.  The following chart shows the percent change from the previous month.  Today’s data was the 3rd biggest since records began in 1963. 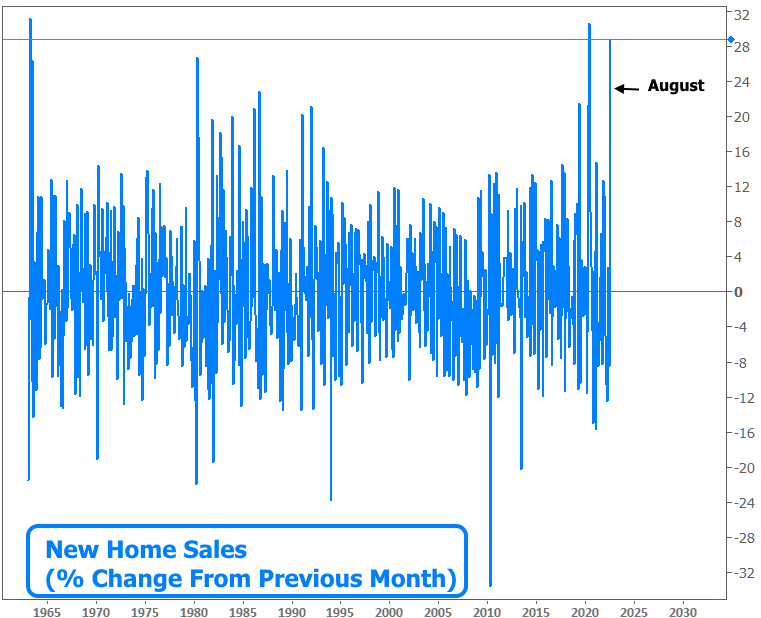 First off, here is what was happening with interest rates heading into August.  Keep in mind that June marked a brutal spike to the highest levels in 14 years and the subsequent recovery was a lot bigger than it looks on the chart (from over 6% to under 5% for many lenders): 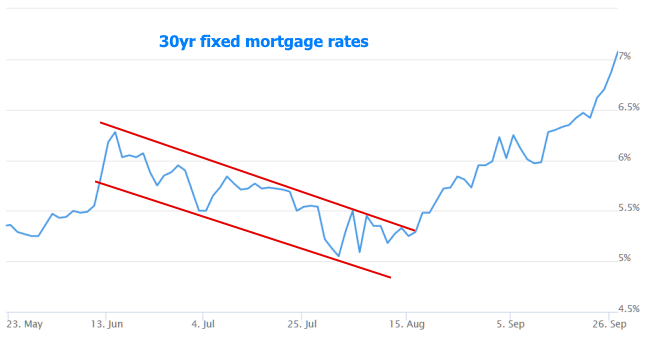 The reemergence of upward rate pressure in the the second half of August may have also coaxed would-be buyers off the sidelines.  Any contract signed in August counts in these numbers.  Anecdotal reports suggest borrowers were more eager to pick a house and lock the rate by the end of the month.

The other x-factor is less obvious, but just as logical.  It was no mystery that builders had a growing number of homes in the pipeline due to a sales slowdown and the large pipeline of permitted/started homes waiting to be completed.  It’s also no mystery that June’s rate spike caused a fair amount of concern in the mortgage and housing markets–this on top of more general concern from what had already been a big rate spike in 2022.

August became the ideal month to wheel and deal on clearing some of that inventory build-up.  Big builders not only cut prices to make deals happen, but also offered buydowns that allowed borrowers to lock lower mortgage rates.

“Big builders are giving massive price cuts and crazy buydown rates. Pushing hard for year-end closings to make their numbers,” according to Jeff Hatz, a Sales Manager at Loan Depot. 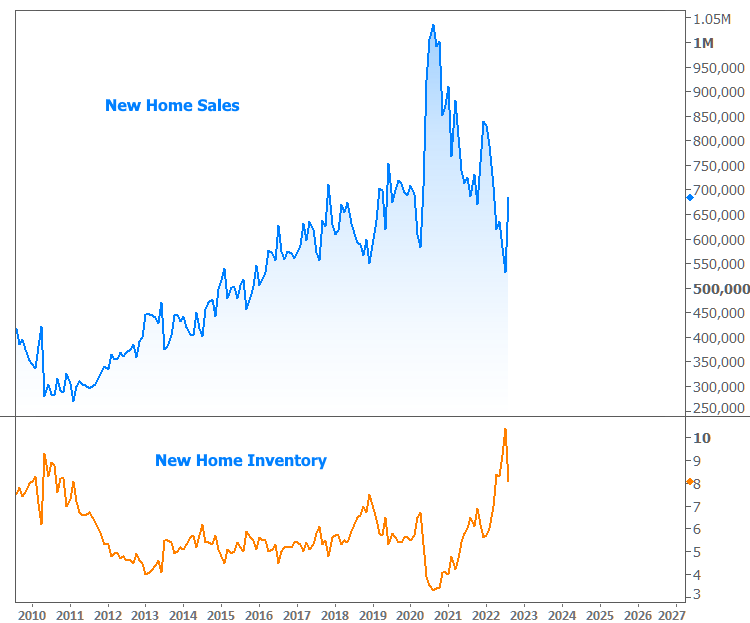 Long story short, rate momentum created opportunity early in the month and then urgency as the month progressed.  At the same time, builders were sitting on the most inventory since the housing meltdown more than a decade ago and looking to wheel and deal on both price and rate.  The net effect was likely a one-off.  While builders could still contribute to a surprise in September, neither that nor the surge in August should be construed as evidence of a turning point for the housing market’s challenges.